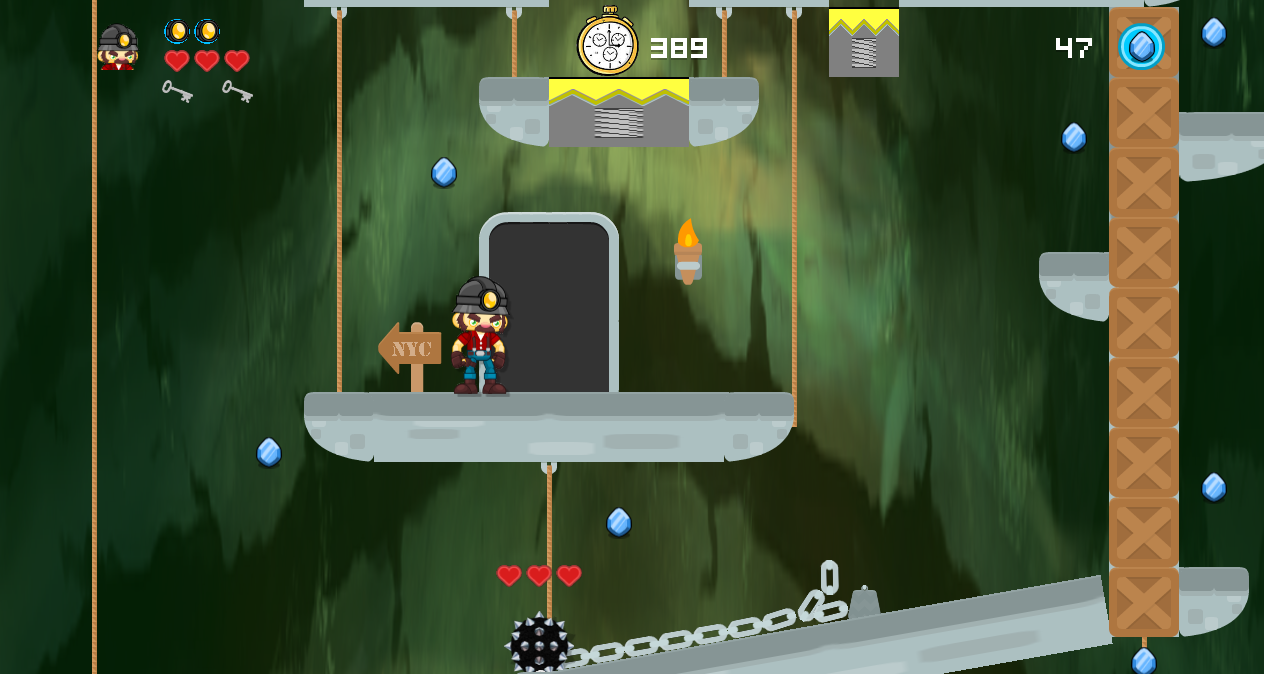 Clifton Park, NY – Jan 16, 2054, Mike Haley, CEO and founder of Squiggout Studios shares his recent release Bonanza Quest – a modern,  arcade-platformer style video game that focuses on the game play and story line. This cartoon style game uses a modern engine and classic retro feel  to draw the player in to Miner Mike’s world.  There is no gratuitous violence, blood and gore dominant in so many games.

As a one man indie game developer, every aspect of this beautifully crafted game, from the self designed, purchased or royalty free assets to all the sound effects and music tracks was created by Haley, tested by his teenage son and then released to game testers before release.

“I have always measured the enjoyment of a game by how I felt playing video games of the 1980’s, when we didn’t need violence and gore to have fun”, explains Haley, “so, I wanted to create games that are fun, challenging, and didn’t require an “R” rating, or parental supervision.”

Bonanza Quest is simple. Boy meets girl, boy wants to marry girl, so they go on a picnic. During the proposal, the girl is kidnapped by the Mole King of Vulture Mine. Boy gets mad and starts a quest to rescue the girl by collecting all the jewels he can find to pay the ransom to the Mole King.